Refers to the process where users become accustomed to banners and don’t even notice they are there anymore.

This term was given by Benway and Lane in 1998. He conducted website usability tests where a majority of the test subjects either intentionally or without thinking ignores the information that was presented in banners. The result of the study contradicts the most popular web design principle that larger, colorful and animated elements on a website are more expected to be seen by users.

While searching for precise information on a website, user’s center only on the parts of the page where they would take for granted the relevant information could be. Huge colorful or animated banners and other additional graphics are in this case ignored.

It has been examined that contradictory results have been originated regarding the perception of banner advertisements on the Internet. It has been observed that banners are almost generally overlooked. In this revision, it is disputed that the opposing results might be due to aimless browsing versus goal directed searching.

Experts consider that banner blindness takes place because experienced Web users are in search mode and tend to ignore banner ads as irrelevant for their search.

Some factors which make banner ads a tough job

Ad-Blocking Software
There are some complicated ads blocking software’s in the market, which block the delivery of the banner ads, which prevent in reaching target audience.

Graphics-Off Surfers
A lot of browsers actually stop the progress of the animation, which seems to be disturbing and annoying to users. These results in wasting all the money spent on designing a flashy banner animation entirely.

Failure to Load
Heavy Ads often stops working to display even on high-speed internet. This is due to lazy ad servers that are not always working at peak performance.

Outdated Flash Players
Due to old version of flash player, banner ads are also not able to display properly. Most of the people are still using Internet Explorer 6 instead of the new version.

Lose Friends and Alienate People
Concluding on the point above doesn’t overdo it. Banners can turn out to be annoying TV commercials and forces to watch during our favorite TV live show.

Why then do marketing agencies push for banner ads? The only answer for this is ignorance or unwillingness to embrace the truth. 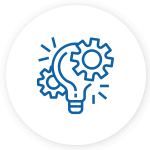 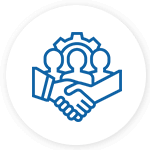